Yesterday morning I really wanted to ride but there were great big black storm clouds on the horizon and I had no interest in getting caught out on the trail when it finally let loose. Up until now I've avoided riding Abby out in the big hay field. It has just felt like too much space. It seems like riding in a big field with no walls and no trail would be the easiest thing in the world but it can actually be challenging... but I'll leave that for another day. As we saddled the wind picked up, making the grass ripple in waves and the horses freshen. The second I stepped on Abs I knew she was jazzed. She wasn't paying attention to me, spooked at something I couldn't see and would paw if I stopped to talk to L for a minute. I know I've pussyfooted round a little with her in a sense... I've just been trying to avoid any situation where I feel like I'm asking a lot of her or where she is put under too much pressure... which is kind of "setting ourselves up for success" and kind pussyfooting:) Well, that had to stop. So I spent some time taking her nose around and waiting for her to relax and bring her attention to me. I was surprised how long it before really settled and became soft. Success came when I asked her to stand and she did, patiently... for about five minutes. We went for a little walk along the edge of the field and called it a day. I will definitely be spending some time out in the big field.
Posted by Chelsi at 7:59 PM 2 comments: 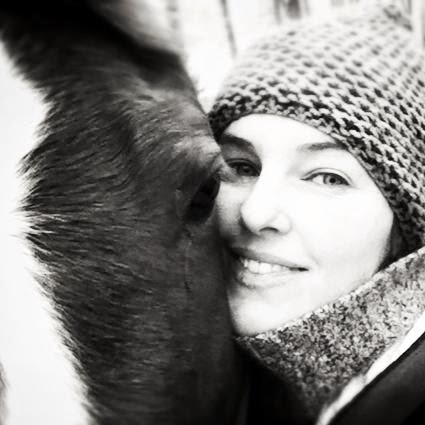 This morning I took Abs out on the trail with L and Ella. We didn't have much time but wanted to give the horses a little bit of work so dropped the reins and asked them to move out in to a long trot. Abby is 14.2HH, a brick shithouse and full of power. What she is not full of is grace. Long trotting Miss Abby means posting about 300 times a minute. Luckily she's actually pretty smooth and I need the work as much as she does. Another great ride on my sweet pony.

Other good news for today is that I think I finally found a competent and professional lady to do acupressure on my horses. *hears angels break out in chorus* It feels like a miracle.

Step Up The Walk

While it is still frigid cold on the prairie the wind died down enough that I decided to brave an in-hand walk with Abby. We managed a 45 minute walk both yesterday and today. Now, in order to stay warm, I have to walk, not stroll. I had noticed that Abs tends to dog it a little on the lead but up until today I had just tried to use my go-to trick for doggy (lags behind) horses and up until today I thought that I had made some headway...but my consistently quick pace really showed just how little Abs cared to come forward off of my hand. My go-to trick, btw is this: I hold the lead rope in a strong fist and place it on my hip bone and pretend that I have "tied" my horse to my hip bone. The assumption here is that a horse knows how to come forward off of pressure. I walk forward and when the horse hits the end of the line I hold fast against the anchor of my hip and continue walking at my set pace. When the horse come forward, (even just slightly) they find release because my hand hasn't moved (as it would have were it not anchored by my hip). By holding the hand on an anchored point you ensure that when the horse comes forward they will always find immediate relief (release) just like when tied. If your hand is not anchored it is more likely that you will inadvertently pull back a little bit when the horse comes forward off of pressure. I love this little trick and use it when ponying and or even on the lunge line if my horse gets to pulling wide. But I guess that pressure just wasn't annoying enough to motivate Abs to stride out. So today I set my mind to being really consistent in correcting her. I used my hip trick but when Abs hit the end of the line and didn't come forward I picked up my lead hand and use the tail (in my off hand) in a swinging motion behind her drive line. It took about ten minutes of constant correction before she decided that going to work at the walk was actually an easier option. Now I just have to remember to be consistent when I am leading her as I tend to get distracted on my walks and I forget that I am always training, whether conscientiously for the good or unconsciously for the bad.

Cold as a Witch's Tit

I have always found that expression, "Cold as a witch's tit" crude but I just gotta say, it's as cold as a witch's tit out there! I haven't been able to ride at all the past few days. Gusting winds have made for a wicked wicked wind-chill. Sitting in my house, (warm and snug and looking out at the sunshine) I become determined that I will suck it up... then I drive to the prairie and the wind tries to blow me off the road and I step out of the car and my eyeballs feel like they are going to turn to ice and I realize that there is no sucking it up.  So I feed the ponies some extra hay and go home to take a bath. It isn't all bad when the awesome force of mother natures forces us to slow down and take a long deep breath. 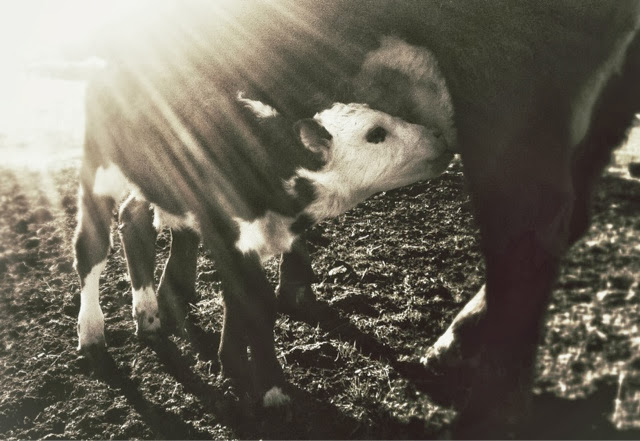 Video of Another Awesome Ride

Oh Abby! How you make my heart go pitter patter. Have I mentioned that this mare is just the sweetest damn thing there ever was? Seriously.

So we’ve had a two more walks in hand and one short ride on the trail (I think it was Thursday), both of which were awesome. This evening L and I skipped the super bowl and decided to haul out to an indoor arena about ten minutes from home. I decided it was time to pull up our big girl panties and take Abby. This was her first trip back in the trailer since I brought her home in November. She loaded up like an old hand but was definitely worried. We brought along Marm and Ella so she had her friends for emotional support. When we got the in the arena Abs was pretty bug eyed. Hola and her expressions are just so much a like it is easy to read how worried she was. I walked her in hand around the arena for a bit then we decided that the best thing would be to turn the horses loose and let them burn off some willies and relax a little. It didn’t take but a few minutes before they settled.

I tacked in the arena and got on Abs. Right away she was a little jazzed so I decided to just let her move her feet. I sent her in a circle. Within a few seconds L started videoing so I have the whole ride recorded. Yay! What the video doesn’t show was just how tuned in to my seat she was and how I felt like if I even exhaled she was going to stop. I did ask for her face a little at the start just to try to get her mind a little but then I decided to just bridle her up every few minutes but not hold it as she is still worried and I’d rather she just relax. My reins were driving me NUTS! They were really stiff and kinked (I haven’t used that head stall in a while and it was super cold out) and they wouldn’t fold evenly in my hands. It was super annoying and distracting. But it was a small thing in an otherwise awesome ride. It is amazing that even with five years off Abby is still better broke than I am! I made a lot of mistakes and she made a few herself but overall I think we are going to make an awesome team. We are just still figuring each other out. Her turn arounds are the perfect example. I still am still just a little unsure and slow in my direction and that is making her a bit worried.

We will figure it out.

When things start going so well I tend to get scared… scared that I will screw it up, scared that something will happen to her, or to me... just scared that things will go wrong. I feel more confident when things are not going well. Isnt that dumb? Sometimes I just cant believe that I get to live the life that I do. If things go sideways tomorrow, that is okay, at least I had today. Today was AWESOME.