Two weeks and two shows later I think it is official... Abby is the best horse ever. I want to write about everything that happened before I forget but it is hard to find the time right now.  I want to remember it... like for-eh-ver ...

Where to start... well, it started on my birthday...

On my birthday I could feel that my back was "twigged". That Monday night I rode but tried to keep it really light and easy. The next morning that twig was pretty flared up and I knew that if I rode I was going to be flat out so I decided that I had to be a little proactive-

I went to physiotherapy for the first time since I was eighteen (I've been told to go to phyio about dozen times for my knee and back but just never got there.) That Wednesday the physiotherapist examined me at length and looked at the CT scans I had last winter and concurred with the doctor that it is my SI joint that is the issue. So he used some ultrasound therapy and some dry needling and showed me some exercises he wanted me to do in order the strengthen my core. I told him that I needed to ride on Thursday, Friday and Sunday for sure but I could take Wednesday and Saturday off. He laughed before realizing that I wasn't joking. "You cant ride", he said. I just smiled and said, "If I can find a way to get on, I will ride."  He clearly hasn't had much experience with horsemen.

And then I woke up the next morning and knew I was in BIG trouble. I had paid for a warm-up in the big arena. Because Abby has been out so little I really felt it was important to get her to the venue on a day that was quiet and get her in that big pen with the grandstands, waste barrels, signage, and people bustling around behind curtains. I managed to get my trailer hooked up and down to the barn. I got my tack loaded and haltered my horse. By that point I wasn't really walking so much as gingerly shuffling along. Abby loaded easily enough, I checked the trailer and I hauled myself up in to the drivers seat... but just couldn't quite sit down. I leaned against the door and propped myself up on the steering wheel and started down the road. I was hurtin pretty good by then. Half way down the road I stopped and had a little pity party. I have waited FIVE years to show this damn horse. I had been trying to prepare for this show for 2 months but had lost the first six weeks to my Very Bad Mistake and then half of the two weeks I had left to my back issue. I honestly felt that if I didn't show Abby that weekend I might never get the chance again. I know that sounds crazy but it just seems like for so many years the stars just wouldn't align and once again I was going to miss my opportunity. I phoned my good friend Barb because I knew she was the only one who's opinion would fall somewhere between sucking it up (I've seen Barb run grand entry with a broken ankle) and playing it smart so I had a hope in hell of riding that coming Sunday. She told me to go in to town and buy some good muscle relaxant/anti-inflammatories and then head out to the show grounds, if by the time I got there I could move a little better then get on but don't work her, just walk her in to the big arena and let her get a look around then walk out. So I took her advice and popped some pills. Sure enough I got out there and was just able to move around just enough to get Abby out of the trailer and tacked. I had parked as far out as I could so that no one would see struggling like a total pussy while getting ready but the flip side was that I had a longer walk to the arena. I wasn't going to go shuffling along like some demented cowboy Steve Urkel and I sure the hell wasn't going to let anyone see me try to mount once I got there. Luckily, Abby is only 14.2HH. I was able to drop my stirrups a few inches and after making sure she was cinched up extra tight and basically crawled on chin-up style. Why did woman have to get the short end of the upper body strength stick? The problem was that I still couldn't really sit down but I figured out that if I leaned on the pommel and took my weight in to my (by then) shaky arms I could kinda-sorta ride. I stood on the sidelines for ten minutes watching everyone else school their horses in the big arena, spinning, running down, stopping and galloping around. When my name was called I slowly walked the perimeter of the arena, letting abby stop and sniff the trash barrels and ogle the stands and then slowly walked out and back to my trailer. I heaved a sigh of relief that I had somehow managed to "get 'er done" and could take my time getting home. I thought I was in the clear right up until I went to pick up the ramp of my trailer. I huffed and I puffed but there was just no way I was going to be able to pick that sucker up. I stood up and looked around. There was a man wearing a cowboy hat (I wouldn't call him a cowboy for reasons you will shortly understand) sitting on the lawn chair just a few trailers over. I took a breath to ask him for a hand but stopped when I realized that he had been watching me struggle my way through untacking Abby the whole damn time and had certainly seen me fail to lift the ramp. Now I wouldn't expect someone to come offer a hand when I obviously trying to suck it up but he saw me look around for a helping hand and he didn't see fit to stand up. I would be damned if I was going to ask him for help. I got that ramp up on my foot, then slid it up on my knee and managed to shimmy it up until it was at a height that I could reach and pull. I closed the door with a thud and resisted the urge to turn around and flip him the bird. Later that night I realized that I probably over-reacted- I should thank that lazy ass bastard as it spiked my adrenaline enough to get the job done and I went home hurting but satisfied.

The next day I couldn't get out of bed.

My DB said there was no way I was going to be able to show by that weekend. I looked him dead in the eye and told him that come hell or high water I was showing my horse and I didn't want to hear another word about it. Of course that didn't stop him. Every time I had to get on my hand and knees to get out bed or had to stand to eat supper he would give me the eye and I'd just say "shut up".

On Friday and Saturday I had my friend and neighbor ride Abby for me. She is very handy with a horse and got Abby tuned up a little and that really helped my confidence that at least Abby was thinking about being a reiner again. By Saturday I was walking and able to sit and drive again. I was about 50% better, enough that I knew I was going to be able to ride, maybe not well and maybe not enough to actually ride a pattern but I was going to be able to get in the show pen even if I had to zero my pattern intentionally. The best thing about what happened was that it completely changed my attitude about showing. Previous to my back going out I was nervous about how unprepared Abby and I were, I was worried about the crowd, the judges, what I was going to wear and if Abby was going to be fitted out respectably. Absolutely none of that mattered by the time I got to Sunday. I didn't care if I had to ride in there naked on a highland pony. I didn't care who watched or how badly we did, I just cared that I was able to go. So many people in this world face a lifetime of disabilities, I knew I was going to be okay, I knew I as going to be able to walk, ride and drive again. What right did I have to complain about a stiff and sore back?

On Sunday morning at 5:00AM I headed to the barn to pick up Abby. The sun had just risen and the mist over the river glowed pink and golden. The pale sky was cut in half by a ridge of dark blue mountains and the damp fields glistened with dew. I was humbled by the beauty of that morning. I recognized that in that moment I was living my dreams. I continued to live out my dreams for the rest of that morning. I showed Abby. My friends and family were there to watch. I smiled at them. I smiled at the judges. I thanked my horse. And I rode my pattern. I didn't zero. I didn't score well either:) But I didn't zero which means that what we did resembled reining enough to grant us a score. I cant begin to say just how highly I think of Abby, she packed me through it. What horse packs a rider through a pattern after FIVE years of standing in a field raising babies?

Of course I wasn't even out of the pen before I was plotting how I could get her fit and ready to show again! Little did I know I would get that chance just one week later. 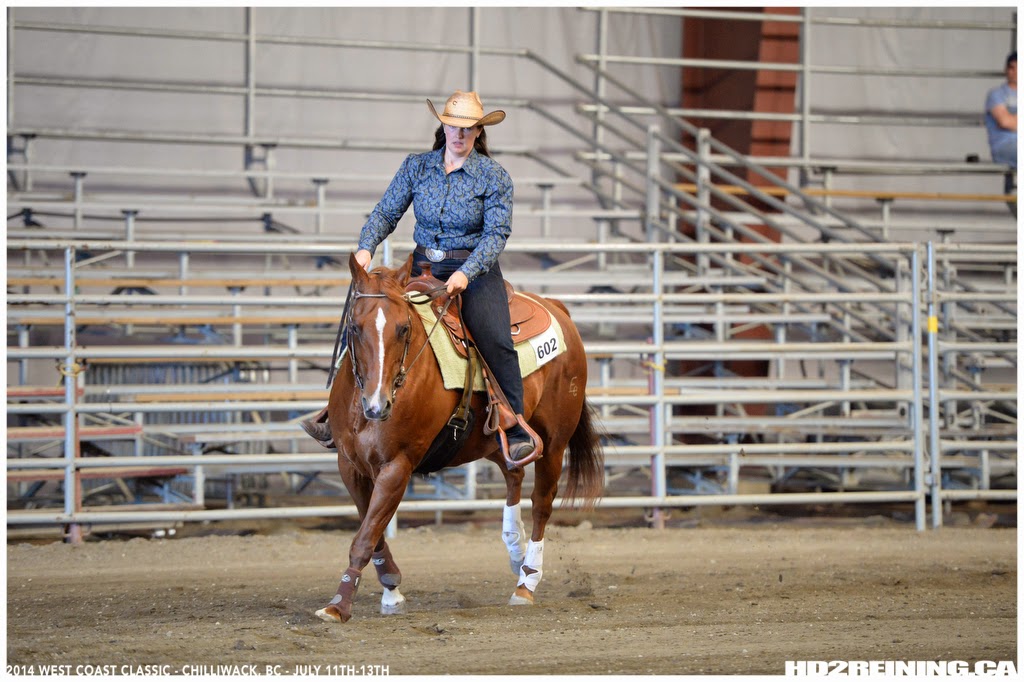 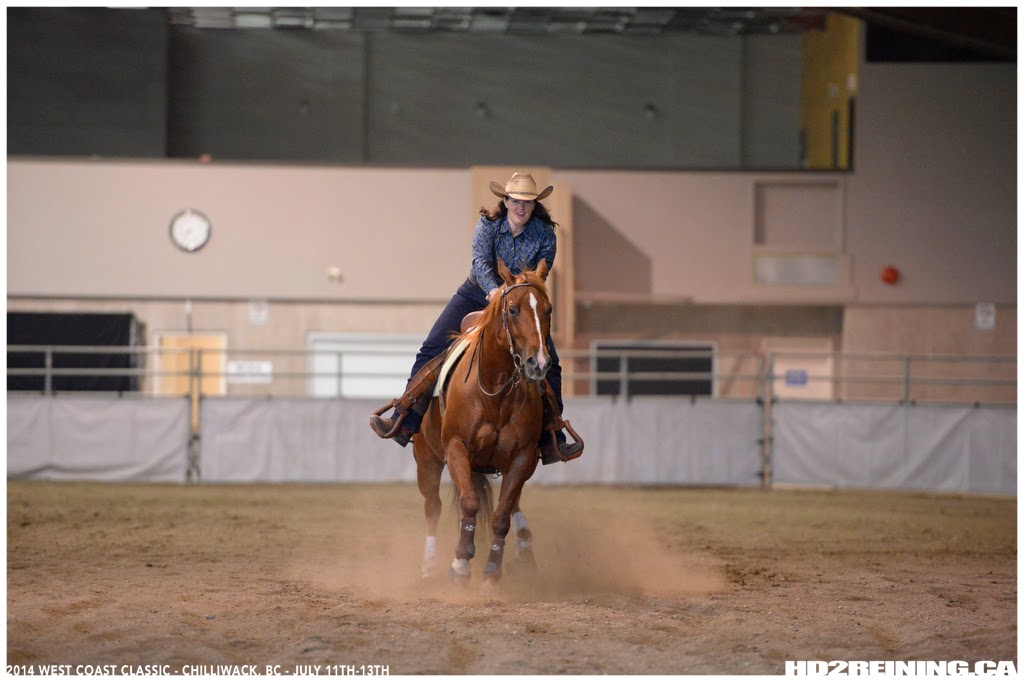 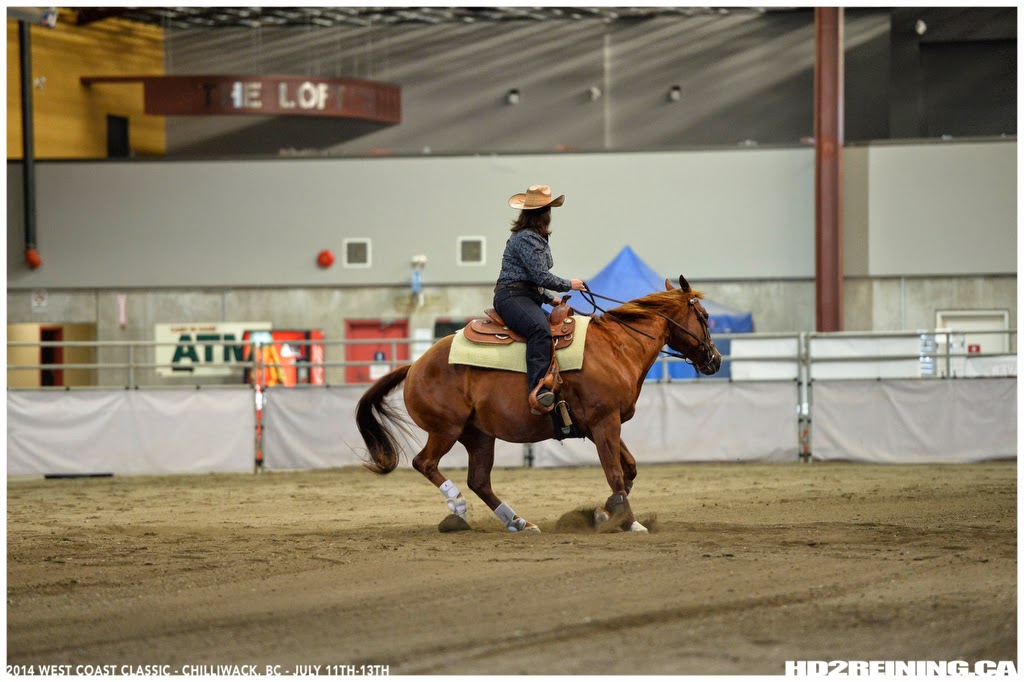 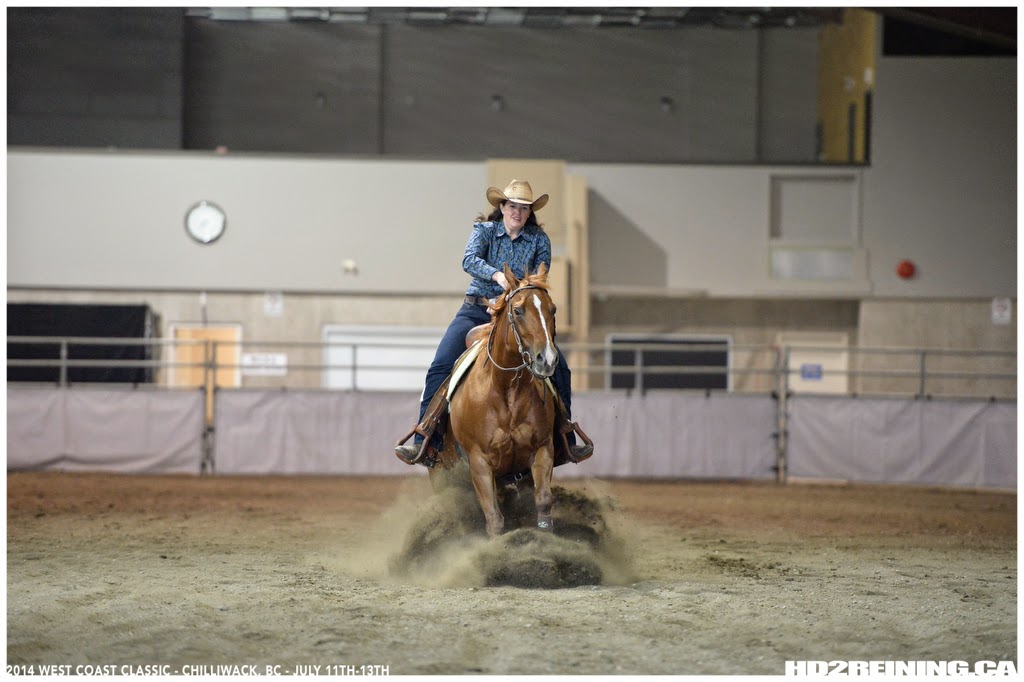