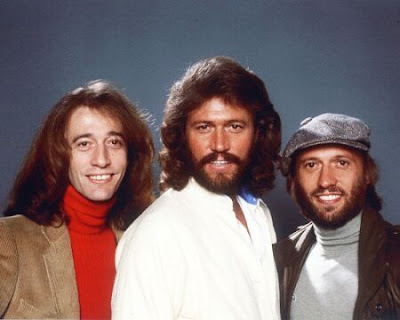 Sorry for the lack of posts lately (she says as if someone cares:) I've been both a little bit busy and a little bit uninspired...

Who wants to hear that dribble, right? Right.

So.... How'bout em' Dodgers? They are a basketball team right? Or was it baseball? Baseball!

DB and I are of two very different schools of thought when it comes to sports. He thinks sports matter. I dont. Ever so often he'll say, "Quick, what team does ____ play for? (fill in blank with some universally recognized athlete) My answer, (said immediately and as if the answer was obvious, which it would be to some) goes something like, "The Denver Wild Cats!" or "The Winnipeg Brown Bawlers!"

He likes to play the same game with songs on the radio that (in his mind) are classics and thus (in his mind) should be universally recognized. He says, "Quick! Who sings this song!" and I say (my patented answer), "Engelbert Humperdink!" And he says, "No seriously, you have to know this!" To which I reply, "No seriously, this song sucks! And... AND, just so you know, last got air play in about the same era as acid wash jeans and mullets...which, by the way, was shortly before I was born so I'm terribly sorry if this isnt exactly in my freakin' repertoire." This is about when he shakes his head in wonder and mumbles something about "Nights on Broadway and Bee Gees...

Arent you glad I posted something for you today?

(I would write *crickets* here if it weren't so self deprecating)