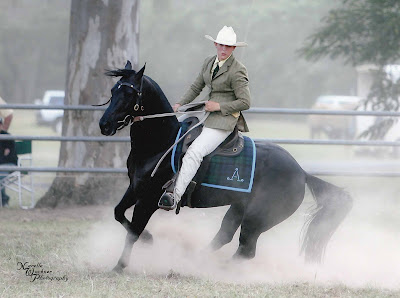 I have been meaning to write this post for some time. About seven years ago I started watching a television show called McLeods Daughters, an Australian drama that is centred around a group of women running a sheep farm and the love, struggles, and woes they face trying to survive in a mans world. I managed to keep up with the show as it bounced from one obscure channel and time slot to another and watched the central characters grow and change with each passing season. Today, IMHO, McLeods Daughters is a shadow of what it once was, but I continue to watch faithfully. I fell in love with Australia, and the horses they love, through this program.
(one of the studly men and horses of McLeods Daughters) 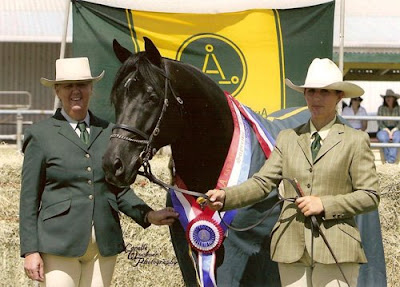 (Stallion to be imported into Canada Spring 2009)
In 2004 I did some pretty serious research into traveling to Australia and importing and Australian Stock Horse (ASH) into Canada. As far as I knew, there were only a 6-8 ASH in the United States but not one in Canada that was reg. ASH. I had hoped to be the first. As it would turn out the red tape behind exporting was a little much, as was the cost, and well, life got in the way and I never did follow through with my dreams. Just a few months ago I read an article in a local horse magazine about a woman in Calgary, Alberta who last year successfully imported an ASH stallion and who plans on setting up a breeding operation in parternship with a major Australian stud farm. I am excited that this breed is being brought in to Canada and hope that it will continue to grow both here and in US. I think this breed has a lot to offer on its own and as an out cross on the American Quarter Horse!!!! 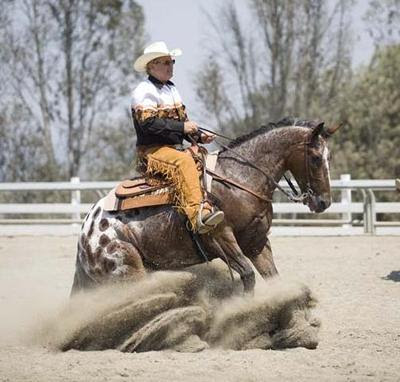 (an Appy reining, and doing a nice job of it!)
*gasp* Did I just say I wanted to cross breed an QH??? I must be going soft in the head!! But no! Wait! Hear me out. I LOVE Quarter Horses. With a capital "L". There is, in my opinion, no other breed that effectively would cross with a QH (please include paints in this statement) to improve their qualities for NRHA (reining), NRCHA (reined cowhorse) and NCHA (cutting). I am not saying that other breeds can not do well and compete at these events but 99.999% of the time, they do not win at top levels. When was the last time you saw an Arab or an Appy winning the NCHA Futurity? While half Arabian (X QH) and Arabian competitions do exist in the reining world, and Appys have placed well, when was the last time one of them won a major NRHA Futurity and Derby? I am not trying to say that a QH is a better horse than an Appy or Arab or any other breed, I just think that statistics back me up when I say that no other breed dominant es the NRHA, NRCHA or NCHA like QH's do! 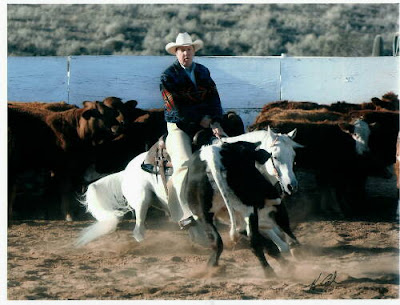 I know a Quarab that was one of the best horses I have ever ridden. She was small, light on her feet, could go all day, work a cow and keep up with horses twice her size. She never took a bad step and was the best minded horse I have ever known. I also knew and Appendix that cleaned up in the Hunter circuit and an QHxAppy that kicked ass at three-day-eventing. So, I am not going to argue that QH crosses can not be great! 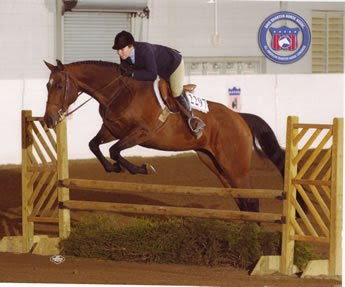 Now, what was I saying? Oh yah, the topic of this blog! The Australian Stock Horse! I guess I will have to do this in two parts after that rant. lol

Let me leave you today with a link to the farm that has the first ASH in Canada and that is importing this beautiful stallion in Spring 2009.
McArther * Icewood * Australian Stock Horses
Their stallion: 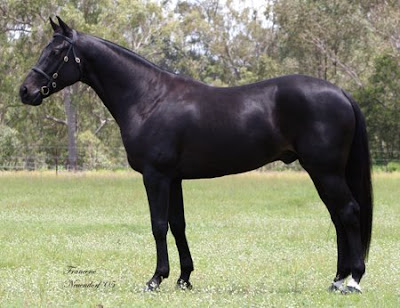